A few days ago, I had an opportunity to taste the three 2015 premium Pinot Noirs which stand at the top of the Bass Phillip tree. They were extraordinary.

The 2015 Bass Phillip Issan Pinot Noir comes from a relatively new vineyard not far from the estate vineyard. I think it was planted in the early 1990s. It is very densely planted and cropped at low yields. Phillip Jones links its characteristics to Chambertin in Burgundy. This vintage is by far the best of this wine and moves it beyond the standard Estate wine. The dark cherry fruit is intense, but the key feature is the minerality on the back palate. This wine has great texture, enticing tannins and a very long finish.

The 2015 Bass Phillip Premium Pinot Noir, matured in 100% new oak (as is the reserve), is simply sensational. The wine has a beautiful aromatic nose, very intense rose aroma. The flavours are multi-layered. There is cherry, spice, cinnamon, even black olive. The oak is hardly noticeable. This wine sings on the palate. It is powerful and has great drive. The tannins are as silky as and the flavours expand on the finish. This wine is already approachable, but will reveal its full potential in 5-7 years. One of the best Pinot Noirs ever made in Australia.

The 2015 Bass Phillip Reserve Pinot Noir is a strange beast. It is a high quality wine, no doubt, with intense and multi-layered flavours. It is more closed at this point than the Premium. The shape of the wine is quite round, as opposed to driving down the palate. Phillip Jones says this wine will need a lot of time, but will ultimately outshine the Premium. I am not so sure. I went back to taste the Premium after the Reserve, and normally when you taste backwards, the 'lower' wine will fall short. That was not the case this time. Having said this, the Reserve is an excellent wine, with velvety tannins and a long finish. But then, it is $650-700 per bottle - not for me.

Let me get my frustrations out of the way first. I do not attend many region tastings anymore: too crowded, too many ordinary wines. I thought this would be a bit special, given the title, however, it was just a new releases tasting with leading players Leeuwin, Moss Wood, Cullen missing. Also, the small tasting glasses were a joke. Anyhow, once there, you persist. I tasted the two signature varieties from Margaret River, Chardonnay and Cabernet Sauvignon and blends.

Amongst the Chardonnays, the 2014 Clairault Estate Chardonnay and the 2015 Cape Mentelle Chardonnay were the favorites (94 points). These Chardonnays had the best drive or line on the palate. The 2015 Flametree SRS Wallcliffe (flinty, smoky), the 2016 Vasse Felix (yeasty, Burgundian) and the 2015 Hohnen Burnside Vineyard (tropical fruit) were also good (92 points). I thought the 2013 Devil's Lair 9th Chamber Chardonnay had a dull finish. In general, new oak took a back seat, with mainly between 20 to 40%.

On the Cabernet front I enjoyed four quite different wines (all 94 points). The 2014 Cape Mentelle Cabernet Sauvignon displayed a very dark and dense blue colour with pure and intense blackcurrant and mulberry fruit and a long finish. Woodlands continues on its road to excellence. The 2014 'Margaret' Cabernet Sauvignon Merlot Malbec is an elegant wine, at peace with itself and quite approachable now. In contrast the 2014 'Matthew' Cabernet Sauvignon is more reserved and closed, but the fruit is excellent and the well integrated oak will deliver a very elegant wine in due course. Even more restrained was the 2013 Vasse Felix 'Tom Cullity' Cabernet Sauvignon Malbec, the newly labelled flagship wine. It is quite a savoury wine, very long. It needs decanting.

Overall, nothing particularly new in these wines. Only top producers succeed with 100% Cabernet Sauvignon wines. Blends tend to work better, and I note the enhanced role Malbec seems to be taking. 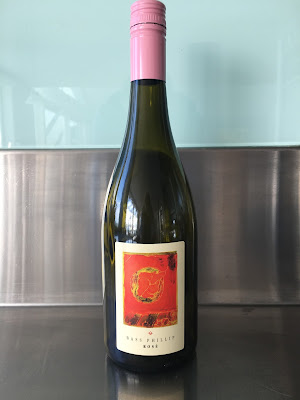 I was interested to taste this new offering from Bass Phillip, the 2016 Bass Phillip Pinot Rosé. I was expecting the unexpected, and I was not disappointed.

This Rosé is a funky wine. The colour is slightly cloudy, which distinguishes this wine immediately from the many others. The fruit is high quality, all estate grown. Flavours of raspberry and strawberry attack on the front palate. This wine has a great mouthfeel. The texture may be volatile, but there is sufficient acidity to hold up the wine.

This wine is delicious, with a great fruit feel, but it is also surprisingly strong and long for a Rosé. 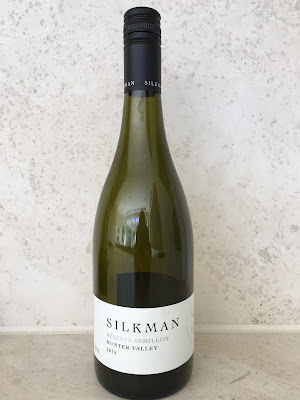 Very few new wineries in the Hunter Valley have managed to reach the top echelon occupied by Brokenwood, Tyrells and Mount Pleasant for a long time. The last winery was Thomas Wines. Silkman, however, may get there. The very talented Liz Silkman, who was the successful winemaker at First Creek for a number of years, continues to craft excellent Shiraz, Chardonnay and Semillon.

This is a review of the 2015 Silkman Reserve Semillon. This wine is a bigger style than some others from the Hunter Valley. The wine has good drive, despite the bigger, lime fruited mouthfeel. There is enough acidity to give the wine a solid structure, and the finish is quite long for Semillon.

I suggest to drink this wine while young.

When Penfolds first released the Bin 150 Marananga Shiraz, it created quite a stir. Not so much because of the quality of the wine, but because this master blender released, for the first time, a wine if not from a single vineyard (although it may have been), from a single sub-region of the Barossa. Of course, I had to buy this first release, the 2008. I believe the wine comes from vines owned by Seppeltsfield and leased to Fosters, but I cannot be sure of this.

A few days ago, I opened my last bottle of the 2008 Penfolds Bin 150 Marananga Shiraz. It is an impressive wine. The concentrated blackberry fruit delivers a big mouthfeel. Vanilla flavours from the new American oak are also prominent, but fairly well integrated. I am normally not too keen on prominent sweetness in Shiraz, but the blackberry/vanilla combination works quite well in this wine. The firm tannins have mellowed and lead to a persistent finish.

While this is no doubt an impressive wine, still I cannot warm to the strong American oak influence. The wine has clearly improved over the last few years, and I would recommend to hold it 2-4 years longer. This wine has the structure to carry itself further for quite some time.

Moorooduc has been a dependable wine producer of the Mornington Peninsula for many years. They would probably just scrape into my top 5 from this region. The latest releases confirm this view.

Interestingly, the Chardonnays are matured longer than the Pinot Noirs. The 2014 Estate Chardonnay shows a deep yellow colour and is quite a big and open wine. Stone fruit and mango are accompanied by biscuit flavours. The acid manages to cut through it and delivers balance (92 points). In contrast, the 2014 McIntyre 'The Duck' Chardonnay is much tighter, while of a similar flavour profile. I would have enjoyed a bit more definition in this wine, but it will open up well in the next couple of years (92 points).

Something unusual is the 2016 'Pink' Pinot Gris - On Skins. This wine has a beautiful bright pink colour, and on the front palate is similar to a Pinot Noir based Rosé. Unfortunately, the finish is disappointingly short (88 points).

The stars are the Pinot Noirs. The 2015 Robinson Vineyard Pinot Noir has flavours of red cherry and strawberry and is a very smooth wine (93 points). The 2015 McIntyre 'The Duck' Pinot Noir is more profound, with a bigger mouthfeel. It is pretty and open, and quite complex on the palate, with mushroom flavours as well. The tannins are silky, and the taster experiences a wonderful expanding finish (95 points).
Posted by Alontin at 3:14 PM No comments: