For some time, I wanted to pitch the two leading Margaret River Cabernets against each other. The time was right after socialization became possible again in NSW. The rules were simple; 4 pairs of one Moss Wood vs. one Cullen, going from 2015 to 2007. Some friends had to identify the producer. 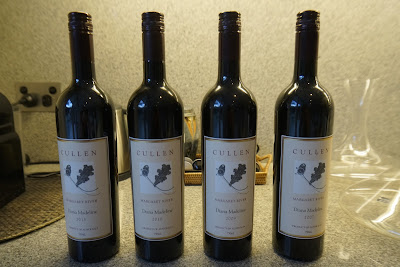 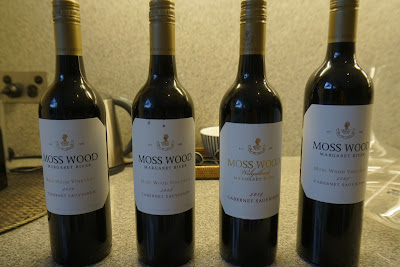 The four major overall conclusions were:

1) These two wines have distinctive styles. The Cullen wines were very pure and pretty, red fruits and capsicum were dominant flavours. The Moss Wood wines had firmer tannins and a more robust structure. Black fruits characterized these wines. As a result of these distinctive features, 90% of the voting was correct.

2) Cullen is the feminine wine, Moss Wood the masculine. Interestingly, the older Cullen wines were not that far from Moss Wood, structurally. But then the tannins became quite fine and soft, and the wine more feminine. The Moss Wood profile did not vary much over this time. 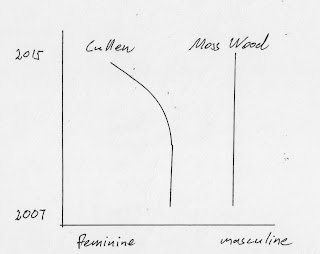 4) It was felt the 15 and 14 wines were not ready to drink yet, in particular the Moss Wood, whereas the older wines showed excellent integration. This goes to show that top Margaret River Cabernets should be cellared for 10 years at least. The 07s had many good years in front of them.

2007 Diana Madeline: a brighter colour than 2010, red berries and capsicum, more generous in the mouth (95 points)

There is often skepticism about the ageability of Californian wine, in particular so called cult wines with high alcohol level. Kosta Browne is a cult producer of Pinot Noir. How does this 2012 Kosta Browne Keefer Ranch Pinot Noir stand up today? 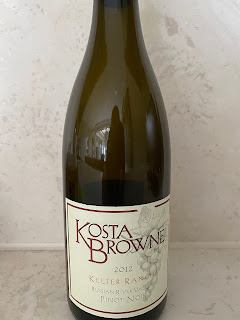 Well, it passes the test with flying colours. The wine colour is a translucent red, bright, with medium intensity.

On the palate, red and black cherry, and wild berry flavours are really fresh. Surprisingly, there are hardly any secondary flavours I can taste. The fruit is dominant in this elegant wine, oak and high alcohol (14.6%) take a back seat. The wine is dry and smooth, on the back of finely grained tannins.

This is not the most complex wine, but it is simply delicious.

The story of Rosé is rapidly developing. At first, we had wines which were confected, and with some residual sugar. Then we had the wave of pale, savoury and dry Rosé, which currently rules the world, lead by a plethora of producers from Provence and Bandol. Now comes along Muga. Muga is a leading Rioja producer, sometimes described as a grand cru or first growth of Rioja. I visited the winery last year, and was very impressed with their high end wines. The Rosé is not aiming quite as high, but is an interesting wine, as we shall see. 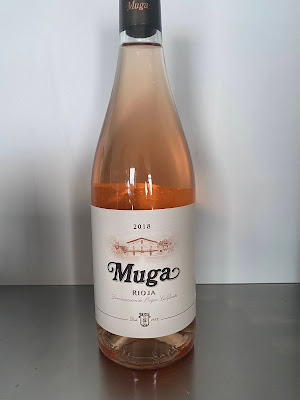 This wine is obviously made from Tempranillo, not the more popular Grenache, Pinot Noir or Shiraz. It is hard to see from the image because of some reflection, but the colour of this 2018 Muga Rosé is still pale, but not as pale as the typical French style.

This hint carries over to the palate. There is more flavour and a bigger mouthfeel in this wine. Raspberry and red cherry fruit dominate in this wine. The sensation is of dried, not ripe fruit, as the wine itself is bone dry. Acidity keeps it fresh and vibrant, and the finish is balanced. Overall, this Rosé carries more interest than many others. While it is basically a food wine, I am happy to drink it on its own as well.

Posted by Alontin at 9:55 AM No comments:

In my last post I talked about the narrowing between premium and value Chardonnay. The same is happening in Pinot Noir. An excellent example for high quality, good value Pinot Noir is the 2018 Lethbridge Between Five Bells Pinot Noir. The Geelong area is known for high quality Pinot Noir from Bannockburn and By Farr. Lethbridge is another producer who does innovative and effective things. This wine is such an example (the fruit is from Drumborg, though). First, the label wraps around three quarters of the bottle. It is lively, illustrating key flavour components of the wine. This wine is clearly aimed at people who just want to enjoy the wine and not overthink it. Having said this, the wine is far from simple. 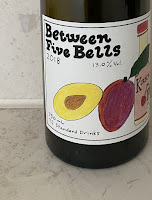 Secondly, there is some Pinot Meunier and Pinot Gris included. And finally the fermentation method is carbonic maceration, which means the fermentation is not initiated by yeast, but the grapes ferment from the inside out in an oxygen-free environment. The result are fresh and juicy wines. So, onto this wine!

It has a translucent ruby colour of medium intensity. There is predominantly red cherry on the nose.

On the palate, one experiences medium fruit weight of red cherry and strawberry. The wine is smooth and very silky in the mouth, almost sexy. The finish is not long, but the overall feel is elegant and satisfying. And there is enough complexity to keep your interest.

Compared with Cabernet Sauvignon, Pinot Noir, and even Shiraz, there is no variety where the gap between high premium and value wine is narrower than Chardonnay. A good example is the 2018 Woodlands Wilyabrup Valley Chardonnay. 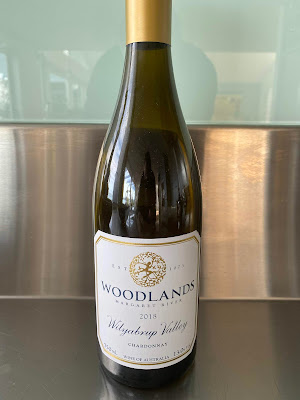 This wine shows a translucent golden colour in the glass. On the palate, I experience citrus, green apple and white nectarine. There is some honey and creaminess as well. This wine fills the mouth nicely and the gentle acidity delivers a balanced feel. While not as differentiated as the best from the west, this wine is much more than a quaffer at a quaffer price.

In the same way in which many South Australian wineries are trying to reach the pinnacle occupied by Grange and Hill of Grace, Western Australian wineries are trying to match Cullen and Moss Wood. Some are trying this by issuing ultra premium, low volume wines of their best barrels. One such attempt was made in 2011 by Devil's Lair, when this winery released for the first time the 2011 Devil's Lair 9th Chamber Cabernet Sauvignon. Yesterday, I tried it. 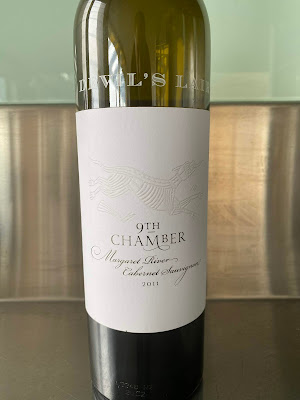 This wine has been matured in new French barriques for 18 months. The fruit better be strong!

The bouquet is intense. Dark fruited notes of blackberry and mulberry jump out of the glass. This translates onto the palate. This is a full-bodied wine with an elegant mouthfeel. Black olive and mocca flavours add to the complexity. The oak only plays a support role. There are no green flavours in this Cabernet, for sure. On the contrary, the core has some sweetness, a bit much for my liking in a Cabernet. This is a very pretty wine, with fine grained tannins and a soft finish.

This is an impressive effort, but not quite at Moss Wood or Cullen level yet. I am interested to get my hands on some later editions. The wine is only released in exceptional years.

There are a number of things that come to my mind when Best's comes up:
- This winery has an almost perfect website address (www.bestswines.com.au), if only the 's' would not follow the 't'.
- Age plays a big role at this winery. You can still see the original concrete vats from the 19th century dug into the floor. And the original Concongella vineyard from 1866 has an amazing array of obscure grape varieties still planted there.
- In a corresponding way, their premium wines age for decades, as I discovered in a vertical tasting many, many years ago.

I was therefore not worried to open a 2006 Best's Bin '0' Shiraz. In fact, I opened two bottles, both under screw cap, and they showed astonishing bottle variation. 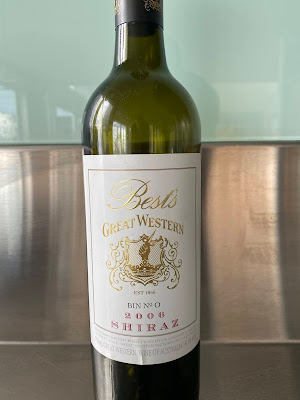 The first bottle tasted of very concentrated blackberry and dark plum fruit, dominated by a massive dose of black pepper. The firm tannins were also quite present. These elements destroyed the balance in my mouth and lead to a somewhat harsh finish.

The second bottle showed much riper, even overripe fruit. Would it have come from a different barrel?

This is not a bad wine, but could have been much better.

Posted by Alontin at 5:01 PM No comments: