I conducted a  blind tasting of Pinot Noirs to establish the winner between Australia, France, New Zealand, USA. Who makes the best? 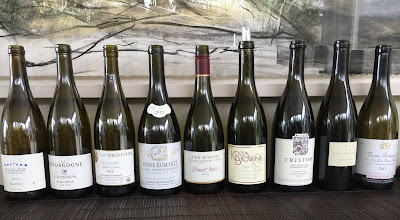 Guests were simply asked to rate the wines from 1 to 9. The joint winners were the Kosta Browne wine and the Mongeard-Mugneret. In third place came the Georges Noëllat. Overall, France won, ahead of the US, Australia, and New Zealand. The Bourgogne wine, which I once enjoyed at a Bistro, came in last.

I was disappointed that no Antipodean wine made it to the top three, despite one of the best Ata Rangis (came in 6th) and Bass Phillips (came in 4th) in the line-up.

The American wines, not unexpectedly, delivered the biggest, but well balanced mouthfeel. The French wines showed finesse and beautiful tannin structure. Against this, the Australian and New Zealand were more fruit forward.

It was an interesting result, and demonstrates that even the best Pinot Noirs in Australia and New Zealand still have some catching up to do.