Those of you who read my posts regularly may have seen me dismissive about the hype of so called ‘ alternative varieties’. My point has not been that it is not worth while to explore varieties which may be better suited to warmer climates of the future, but simply that the Tempranillos, Nebbiolos, Touriga Nacionals and Montepulcianos grown in Australia are generally not yet up to the European standards. One exception has been Castagna's Sangiovese. 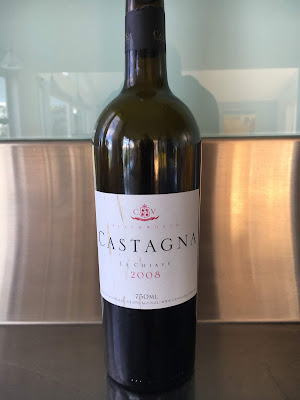 I was therefore looking forward to my last bottle of the 2008 Castagna La Chiave. The wine showed a garnet colour as I poured it, which made me a little nervous. This was justified, as I soon found out. The wine was quite developed, with its primary fruit almost gone. Secondary flavours of forest floor and a little ash dominated in this medium to full-bodied wine. The acidity was not showing as much as expected in this Sangiovese, and the tannins had mellowed past their best.

If you have this wine in your cellar, I suggest you drink it now, and maybe slightly younger vintages as well.